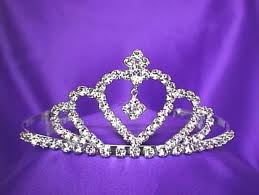 The message of “A Woman is a Home.” is really a message about modesty.  Modesty – tzniut or tznius in Hebrew. I’m totally under qualified to speak about such an important topic, but I’ll share my little slice of the truth and I’d love to hear yours.

Modesty is knowing your true value and your true role. I’ll give you an example. Let’s say you meet a woman in the store, buying bananas. You’re having a pleasant conversation talking about how delicious they are etc… A nice human interaction.Suddenly,she starts name dropping names of famous actors. You’re impressed! It turns out that she’s a Hollywood movie star.

That is the opposite of modesty. This movie star doesn’t know her true value . In the course of a two minute conversation, she had to tell you this is who  I am.  But that’s not really her. Her fame shouldn’t define her. She’s an intrinsically important part of humanity  Instead of knowing that,she’s identifying with externals. She thinks her value lies in her fame and money and that her role is to be be a star.

That’s how I see modesty. When we dress in  a way that says look at my figure we’re missing the point of our true value. It’s like putting up a billboard  that says “I need to be this attractive otherwise I’m worried that no one will appreciate  me.” Its unfortunate, like the movie star who needs to let you know how famous she is. And consequently, you cease seeing her, you’re only dazzled by her fame.

When we feel the need to dress in tight clothes and high heels and all the fancy fixings that’s a reflection of our not knowing who we really are. That our beautiful souls don’t need or want blingy adornment – we are beautiful because of how G-d made us and because of our actions.

I’ll tell you two stories. One of modesty and one of immodesty.

I once had a Great Rabbi at my Shabbos table. A few other guests were there and one  guy asked him an important Jewish question. Before he could answer, another guest, someone with quite a lot to say, who wasn’t very well versed in Torah, started answering. He spent a long time giving his opinion and the whole time our special guest sat and nodded. He followed the conversation, listening intently and not interrupting. When the man ran out of steam, he gently asked, “can I offer my thoughts?” And began to tell over a crystal clear explanation.

I’ll never forget it. That was tznius.This man knew his value – he didn’t need to flaunt it. He knew his role, and didn’t assume a pulpit position just because he was a scholar, but also didn’t back away from sharing his thoughts.

And now for a very immodest story. I once taught a dance class at a religious school. The dance I choreographed was pretty cool but I kept it toned down and appropriate. One of the 8th graders that was dancing had great style. She was edgy by nature and she knew how to move. In fact, she made the dance look amazing! So we’re practicing one day on the lower floor and  suddenly the principal screams down from the balcony “Tali, stop moving immodestly!”

I almost fell through the floor.I was disgusted. Absolutely disgusted. This principal talking about modesty like that just ruined the entire concept. She effectively told the girl, “I don’t care who you are on the inside – I don’t like how you look like on the outside. And if that doesn’t measure up, then you don’t measure up!”

After all, if she saw the girl’s inside she could never have shamed such a princess in public. And trust me on this. Tali definitely did not become more tznius from her principals message. In fact there’s a good chance that being disregarded for who she really was, made her identify more as the scum of the earth then  as a princess.

There are a lot of reasons to be modest. Chief among them is to protect the integrity of our interactions with men.There’s  no question that the purity of the Jewish people lies in the healthy separation of the sexes. What happens when we let go of modest dressing is that women begin to relate to themselves at objects and men view them like that as well.

We’re all on the same team! We’re a family.We have a responsibility to help our men with the purity of their thoughts as much as we have the responsibility to give ourselves due respect. But it’s not that simple.

Aesthetics do give us pleasure. And it does befit a woman to look beautiful. And cosmetics were sent down to the women with the manna. And its  a mitzvah (  commandment) for a husband to buy his wife pretty clothing before each holiday. So how do we know what’s pretty and what’s over the top?

And how do we, with our democratic mindset get over the quiet resentment that we have to be responsible for how men look at us – “isn’t that up to a man to control?”

We’ve got to realize what we’re up against. The whole of Western culture is based on physical beauty. I remember the day I was sitting in the ER waiting room and there was a gorgeous teenage girl near me. She looked poor; wearing a stained sweatshirt and had a three year old who needed stitches. I had this random thought; this simple girl has everything it takes to become rich. Seriously, In America, you can have nothing,  but if you have great looks you have an asset worth millions.

This message is hammered in to us day after day with every magazine cover we pass and with every ad we see. It’s entrenched in our psyche. Looking good is synonymous with having value.

Deep down, of course we know the truth -its who you are that counts. Its what you do that matters.

Still, its hard to let go of the idea of “looking good is everything.”‘Get noticed’ is even written on the back of my shampoo bottle! Even if conceptually I want to be more modest, doing it so people will look at me less runs counter to almost every message thrown my way.n Its hard.

So what’s left? Do I give up? Modesty is THE mark of a woman. Its the make it or break it on terms of “am I being true to my mission on this world.” No matter what other great things a woman does, if she’s not modest, she’s missing the point.

But I realized something, I’m missing the point. It’s not about any man and its not about looking less good.The real point is.“How do I want to look when standing before my Creator?”  It’s standing before the mirror and asking “is this how I should appear before G-d?” G-dcreated us out of His love for us. He gave us a piece of Him, a soul.

He gave us autonomy to make decisions. He gave us a mission to do here and every day when we wake up and throughout the day He’s giving, giving, giving to us. So how do I want to look in front of him? How does He want me to look?

And that brings me back to knowing my value and knowing my role.  Modesty is not just a commandment. If we understand what it is, it’s power is enormous. It can transform our relationship with G-d.By embracing tznius we’re coming closer to Hashem.

I think I can handle this. I think we can handle this. We don’t want to hear anymore about not enticing men. Its not healthy to define by what you can’t do. We need to know who we are and what we can do. We need to tell our daughters who they are. And that is to be the be the torch bearers for the ancient truth that we women are so much more then good looks. We’re proud, powerful daughters of the King.