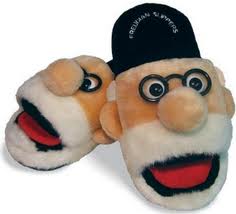 Spending time with my father last week,  I started to notice just how much discipline had a place in our family culture growing up.

Ok fine. Then I hated it, now I love it.

Buckle your seatbelts. You’re about to hear what happened when we didn’t hang up our coats in the wintertime. (9 coats make a big mess!)

My father would throw simply them out the back door into the snow!

I’m not kidding! He did it with pleasure. Not malicious pleasure. The pleasure of knowing that once is enough to teach  a lesson. It was no fun having to open the back door in that freezing Ohio winter and getting your coat.

How’s that for shock value?!

You can’t do that today. I tried it. My kids think I’ve gone insane. They’re like “Mommy, that’s so mean!”

You so can’t do that, that you can barely write about it on your website without feeling like someone’s going to call the cops.

But in the context of raising kids with derech eretz (respect) it makes perfect sense. A parent shouldn’t need to tell their kid things 50 times.

I actually think we’ve gotten used to it. We know that when we say “no” once, we’ll need to repeat it and explain it, and negotiate  for 10 minutes before we can move on with the business of living.

Let me tell you more about my father. He’s an ER Doctor. For over 2 decades he chose to work the night shift. I cannot tell you how exhausting that is. Decades of exhaustion. But he did it for us. So that he could be home with us at steady times instead of having the usual fluctuating schedule that a Dr. has to deal with. You see noone wants the “graveyard shift.” But he said,  I’ll take it every day so I can be there for my family.

For years and years he would get off of work at 7 or 8am and go straight to Yeshiva. No sleep. There he would daven and have a chavrusa (a learning partner.)

Thats’ the kind of committment he had. And that’s the  thing. HE expects alot form us but not more than he expects from  himself.

As far back as I can remember, any time my father learned a new halacha (Jewish Law) he intergrated it. He didn’t say. “That’s too much, that’s too hard. He said “That’s what the Torah says , so that’s what I’ll do.”

Spending time with him recently, I began to look at my own parenting with a critical, objective eye. Can there be such a thing as being too nice to your children, too sensitive to their needs? I think yes. I’m seeing that what we call nice, can sometimes be crippling.

I”ll give you an example. the other week my son was home with the chicken pox. Well, he didn’t actually have chicken pox but because of his booster shot, he got a few spots and was contagious. He’s 13, healthy, thank G-d and out of school.

I showed him how he first had to tape up all the borders of the room and I told him that that itself would take a few hours.

“Uh, hu” I held firm. I really wanted to give in. I felt bad for him. Guilty even.

I thought of my friend whose 15-year-old son painted her room. He accidentally painted it the wrong color and she asked him to redo the whole thing! I remembered hearing her tell me that, and inside freaking.

“Poor kid! He has to do the whole thing again! It was so amazing of him that he did it the first time…”

But now I think;  what a lesson! You do a job correctly and more –you dont’ die from hard work.

I have a friend who teaches in an inner city school. She’s a sweet and spunky observant Jewish woman and she is learning a lot! These kids aren’t used to discipline. At the beginning it was a terrible power struggle. They would curse her, threaten her and have her coming home thinking, “What in the world am I doing?”

But she’s learned. They’re  craving discipline, that’s all. Someone to set the boundaries so that at 16 they don’t call all the shots. Now, at the slightest provocation she calmly and quickly takes action and follows through. When she does, all the kids are watching her.

Derrick says “you’re racist!” and she doesn’t respond. She picks up the phone and calls the administrator and in a moment he knows, it’s not worth it. And the other kids learn – this woman means business. She’s here to teach us. She believes in us.

My father used to say “Rivka – get me my slippers.” I would run upstairs like an eager puppy to get his slippers and give them to him.

When I want my slippers, do you know what I  say? “Sweetheart, can you do me a big favor? I’m so sorry to send you upstairs, but can you please get me my slippers? And then I yell, “THANK YOU!!!” as they run up.

And I’m thinking now; when I do that, what am I teaching?

I’m teaching them that’s it’s a big favor to get me my slippers.

It’s a bigger favor that I’m giving them a chance to be productive, happy , helpful kids with derech eretz; that I’m promoting a dignified representation of myself as their mother.

More on discipline. Integrity. None of this works, if you have a double standard. You can sit around lazily and tell your children to run up and get your slippers. That teaches them that …. you’re lazy. But if you put in  your hard-working hours, and then need to sit down, then your children can respect you.

Integrity means that you follow through on your word and on your ideals. That’s why it doesn’t work to just tell  a boy “go learn Torah.” He doesn’t see integrity. but if you learn Torah and you have goals in your learning and then you ask the same of your child – now you’re talking.

I think we knew that about my father. He wants us to be great and so he asks a lot and he himself lives in a way that we  learn from.

Ruti Mizrachi – are you out there? I’m still inspired by how you used to go to minyan (morning services) with your boys, so that they’d go. How you embraced it. How it became such a beautiful, special time.

You know, my father is a very private man. But he gets calls all the time, daily, I would say, from people all around the world.

He’s an expert diagnostician, and is so often on the mark, that friends and neighbors still rely on him for medical advice from across the country. And he gives his time. When I was growing up it was the absolute norm to have neighborhood kids up on our dining room table getting stitches. It was easier to for them to come to my father then to go spend hours in the ER. And he did it. And I can tell you , it wasn’t convenient. Between catching up on sleep and having dinner with the family there was very little time for him to relax or do much else.

In the basement, my father has a shoe collection. He buys comfort wear, that are usually very expensive when they’re on sale, so that he has them available for people in need. Not one, but many poverty-stricken people have come to our door and he gives them not only a donation but a pair of shoes. (Which was a great combo with my mother who frequently asks charity collectors about their wives and their families. She make sure that the man goes home ,not  just with money but with clothes for his wife, who no doubt is missing him.)

A while ago, I called up and as usual my parents had guests in their house. This time who was it? A woman who was running away from her abusive husband. He had broken her arm and she had a newborn to take care of. So she moved in with them and the baby slept in the room with them!

Did I mention they’re in their sixties? But they have integrity. They live by doing for others and they’re not stopping anytime soon G-d willing.

You want stories? Wow, do I have stories! But my point here is, that he gives, that they sacrifice and live  honest lives and expect no less from us.

And that gives us a chance to rise to the occasion.

Which brings me back to discipline. Here’s what I’m NOT saying. Throw your kids coats into the snow. Be harsh. be demanding. Be cruel.  Don’t speak nicely to your children. Don’t be sensitive to their needs.

Here’s what I AM saying. Be  a parent. Be strong in  your duty to be a role model first and a guide, second. Teach your children not to argue or answer back to you. Challenge them to grow and don’t be scared if you don’t make it on the top of the popularity chart.

I myself am working on the Daddy approach or the Derrick approach. I’m working on calmly meaning it when I say no and not letting the conversation go further. I’m working on not giving in to their protests and challenging them to their highest potential.

Just imagine how great my son feels each time he walks into his beautifully painted kitchen.

Another scary post to write. Will they get it?  Will they hate it? Will it help someone or is some kid out there gonna get yelled at because of me?