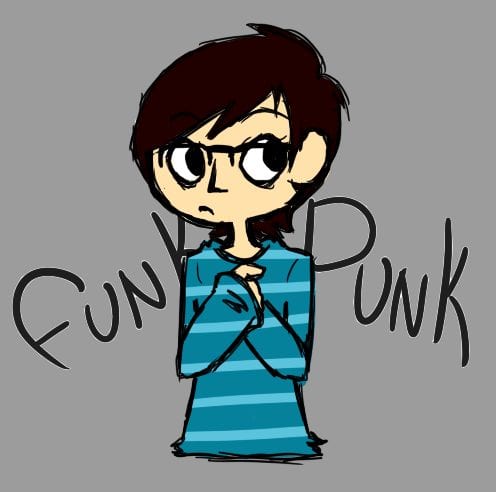 That was me, yesterday. Just 🙁

I started out late for carpool, and somewhere around 5 minutes in, came to a halt as  BAM! I side-swiped another car, breaking their mirror off and crashing into them.

I sat there on Park Heights Ave.

Shock flooded my system. A million negative thoughts yammered in my head. My son next to me, said. “I knew we were going to crash, you had just swerved two or three times.” Not really what I wanted to hear at that moment.

The nice Latino guy who had been giving his sister a ride to work pulled out his smart phone and started taking pictures of the damage, while I sat there wondering how big my ticket would be for leaving my license and registration at home.

“Hashem, help me through this!”

All day  long I was in a funk. Besides for the bill and having to come home and tell  my husband about it. Besides for the negative voices I was fighting; my body was simply in shock. I had no energy.

The highlight of my day was the Ahavas Yisroel group that I went to for the first time. The ‘stretch’ for the week was to consciously choose to smile at people! It was a stretch alright!

Later in the day  it seemed like too much to handle.

My husband had gone the bank to cash an important check. The check was made out to me so he wasn’t able to to make the transaction.

I drove over to his office, picked up the check and thought I was helping him. It turns out I deposited it instead of cashed it, and now the money was in  the wrong bank!  It wouldn’t be available for 3 business days and he had had certain plans for it! The kids needed to be picked up and the bank was closing!

So I raced to get the kids from school,  drove back to the bank, searched through the garbage for the receipt, got the check back, went to the other bank, cashed the check, made a different deposit and came home –  just a tiny bit wiped – in time to make supper.

(Note to married women;  If you crash your family car, make sure to feed your husband a nice dinner when he comes home)

Though the funk dragged on , I slowly found myself counting the blessings of the day. The little things, like being dressed instead of in my robe, as I’ve been recently, for carpool and not having to face the policeman in my pj’s. And the big things, like having a wonderful family and actually having a car and a check to deposit.

Late at night, still kind of low, I got to thinking  about this woman I just met. Her apartment had caught fire and she was living with her daughter  in her sister’s house. She’s been there 3 months so far. She looked so down. She said, “I have nothing. Just what fits in a suitcase.”

We got to talking, and I sensed she was needing a different perspective. I wasn’t preaching to her. I know fire.

It was just around this time of year. I was five years old , in my favorite little nightgown. I was sick and was home from school listening to a storytape for entertainment. Suddenly – FIRE!

Was it the match I was playing with, or was that my childhood interpretation?

The firefighters said it was an electrical fire. The next thing I knew – PANIC!

I remember the sound of the smoke alarm. I remember my cleaning lady putting my mothers big black boots on me and hustling me out into the snow.

I blacked out the memory of leaving the house and hiding, freezing, in the garage next door, petrified of the trouble I’d be in.

The next thing I knew I was across the street at a neighbors house. My mother, who had a fever at the time was lying on the couch. My father (who is not a drinker) was pouring some whiskey.

Before the fire truck even arrived; before they knew what would come next,   together with the neighbors they made a toast, a l’chaim. Whatever happens – to Life!

We moved into someone else’s house,  my brother’s Bar Mitzvah came and went, though the invitations and that purple dress I wanted to wear were smoke damaged. The  neighbors brought over bags of clothing and food and we tried to adjust. That year we had a  seder without all our favorite dishes, but with all of our love.

I thought last night about what my parents taught me about life. Shock or no shock, funk is not an option for them. It’s always “to Life!”

On the same day as our fire, another house, around ten minutes from ours burnt down. From time to time, my mother would drive us over there and stop the car. All that was left was a big patch of grass. Not a thing remained. “How lucky we are,”she would say.

While the house was boarded up for months, and they went through untold difficulties, their gratitude never wavered. On the two front windows they wrote, in beautiful black lettering, a message of Life to all who passed; “L’shana Haba B’yerushalim – (Next year in Jerusalem!)” and on the other  “Chag Sameach!”